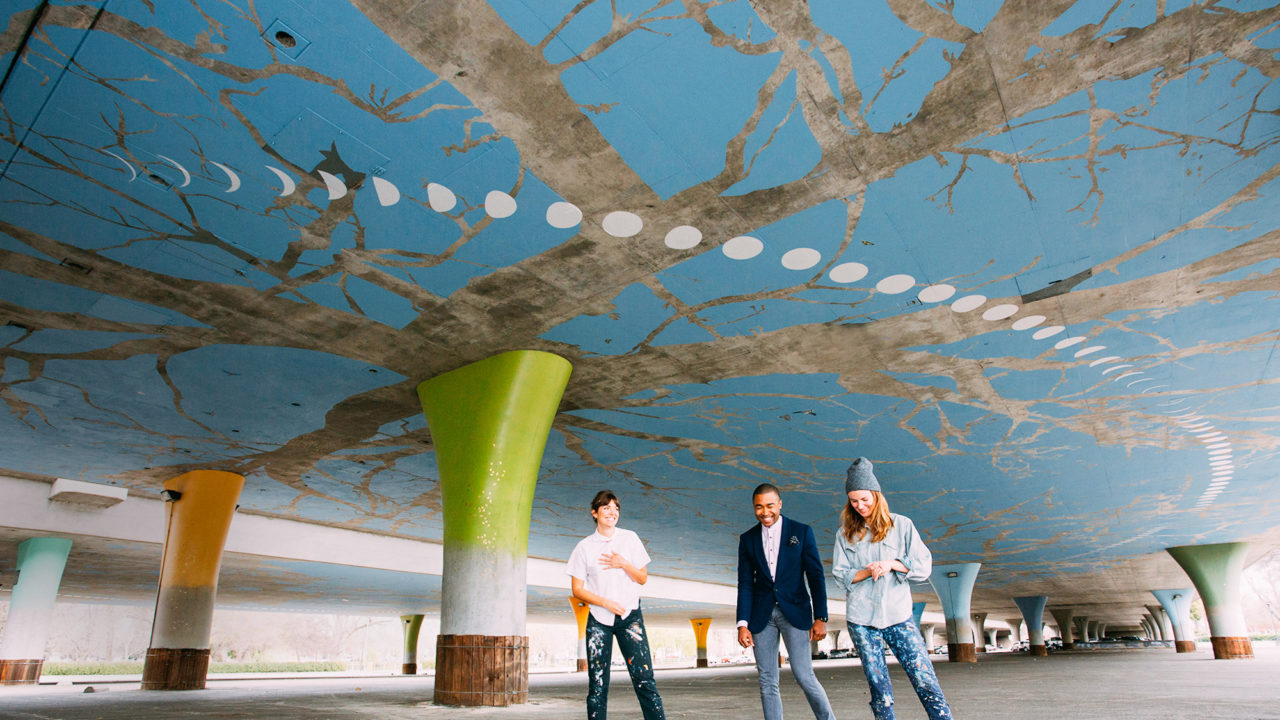 Large scale public art projects are typically undertaken by established organizations in partnership with well-funded philanthropic or corporate entities. Given the red tape that is often involved it can be daunting and near impossible to attempt one independently.

Enter TB/Co and dynamic duo (and one of our favorite collaborators) Sofia Lacin and Hennessy Cristophel of L/C Studio Tutto in the Spring of 2014.  Together we wanted to transform the underside of the W/X freeway across from Southside Park and the site of our Sunday Farmer’s Market the largest of its kind in the state of California. In doing so we also wanted to innovate a new approach to civic improvements. One that was community driven and would encourage the entrepreneurial and creative classes to see the opportunity and potential in underutilized spaces throughout the city.

The design L/C Studio Tutto came up with was Bright Underbelly, a sky-blue tree canopy that takes you through all four seasons, includes many local fauna and bird species that nest in or near the underpass and is encircled by a beautifully rendered lunar calendar.  Altogether the mural would encompass 70,000 square feet making it one of, if not the, largest murals in the region and a testament to our creative and agricultural roots of our city.

We formed an early partnership with CalTrans, our freeway operator, to make sure the design would work and they formed a pilot program to support the unprecedented project. We also got early buy-in from the market itself and the surrounding neighborhood/business districts. With seed money from the California Endowment and a lot of determination and patience we were able to raise $150,000 from all private sources in the community and we cut the ribbon in Spring 2016.

We celebrated with a magical dinner under the mural in April 2016 on the first day of Spring.

"Teaming up with Tre Borden maximized the impact and depth of our creative project.

Tre’s vision led us to design an expansive mural that transforms a 70,000 square foot stretch of interstate into an immersive regional landmark, Bright Underbelly. Not only did Tre make this massive project possible by raising awareness and the necessary funds, but he also thought up unique ways engage and celebrate with the Sacramento community.

Tre’s boldness, vision, and natural ability to connect with people of all walks of life, make him an incredible asset to have on your team, and an invaluable partner. "
- L/C Studio Tutto 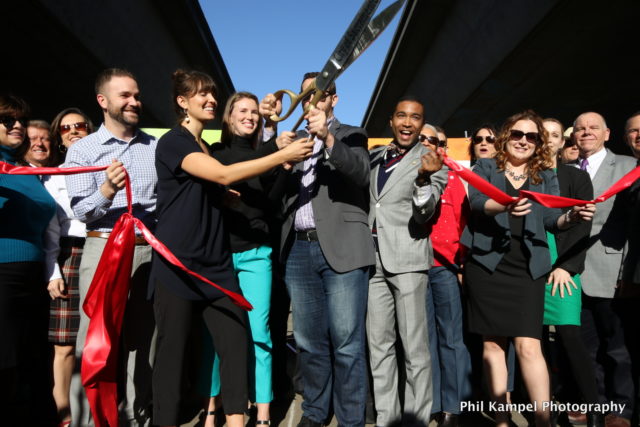 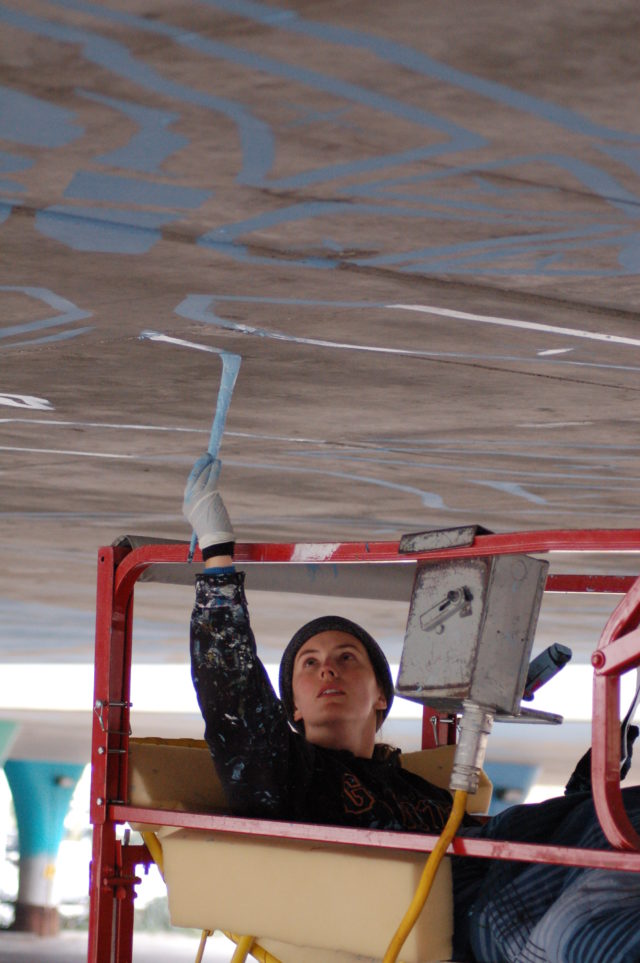 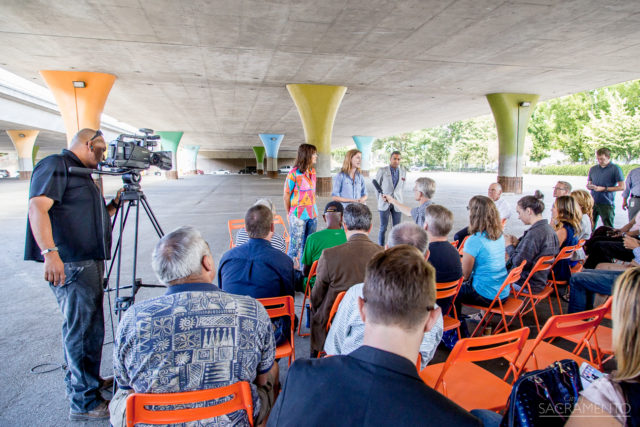 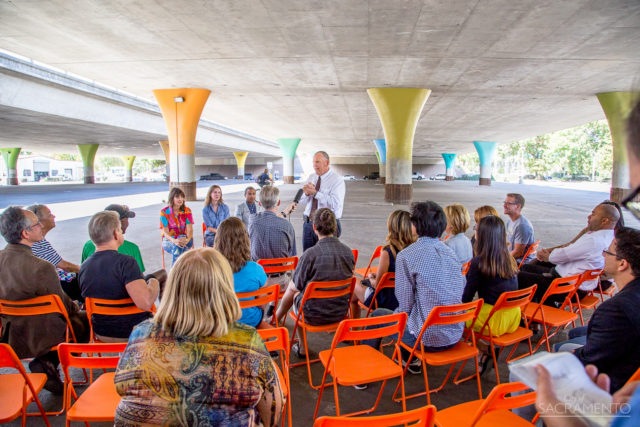 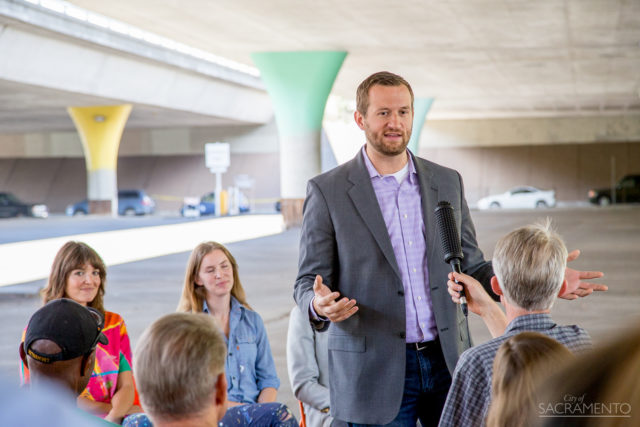 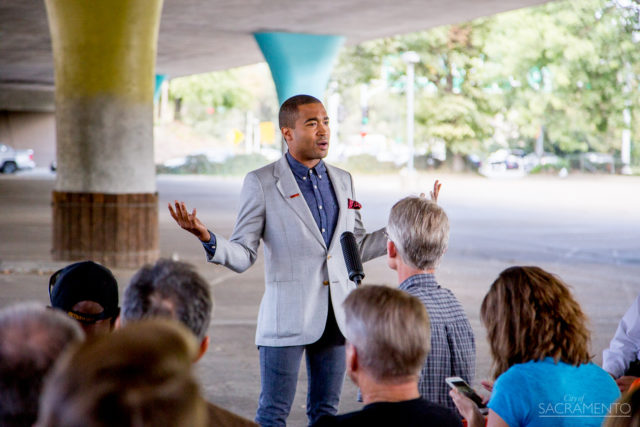 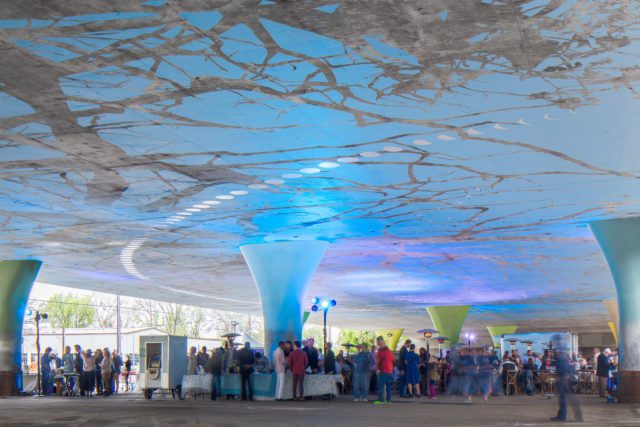 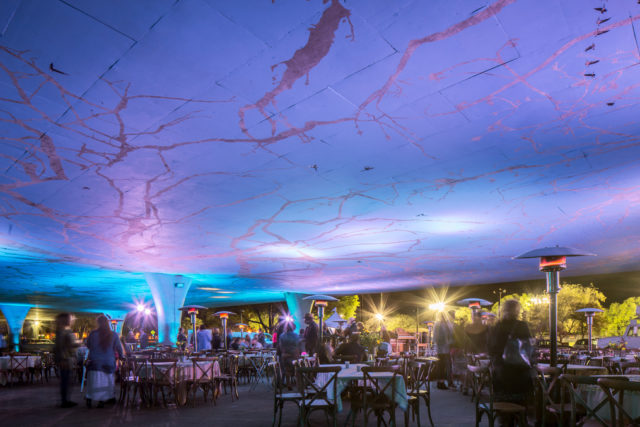 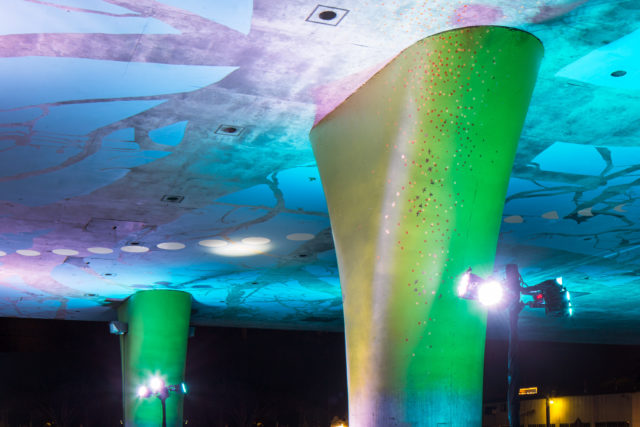 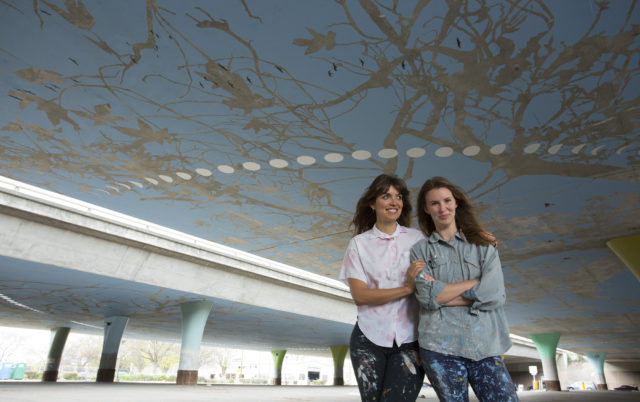