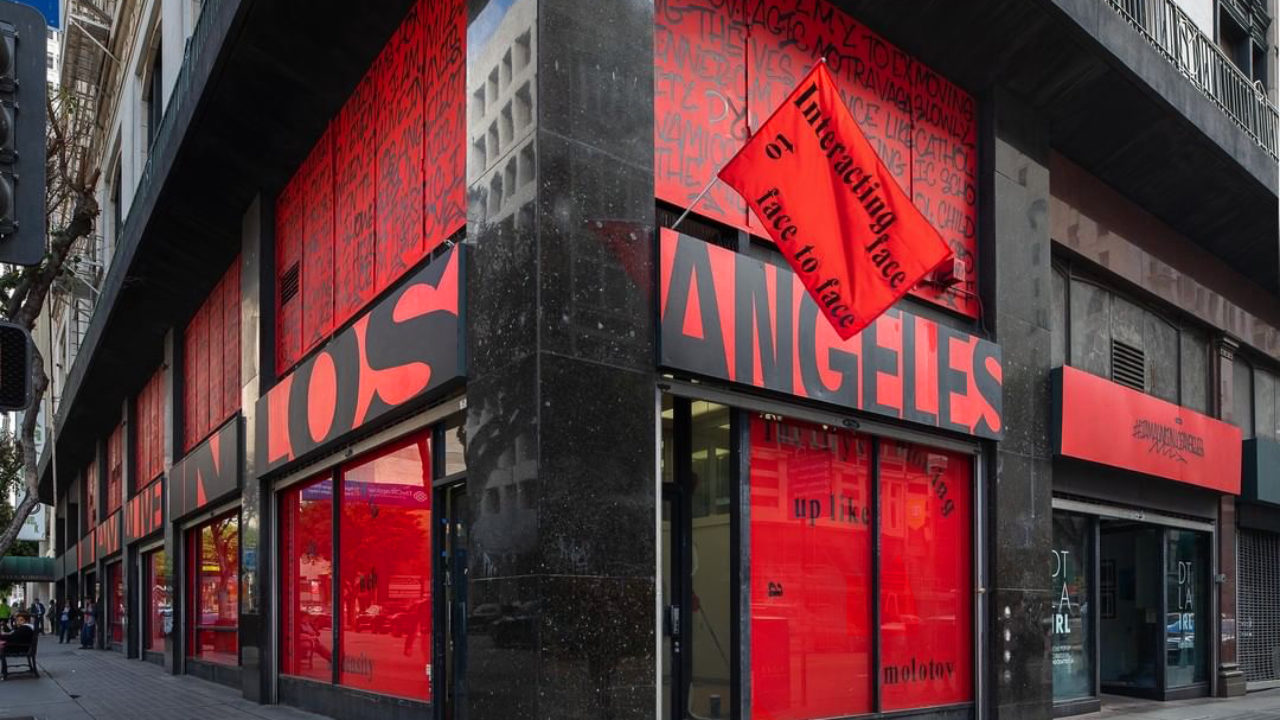 In November 2018 The Downtown Central Business Improvement District launched “DTLA..IRL” a pop-up campaign that seeks to activate dormant retail space in the downtown corridor and bring new life to the rapidly changing district. The first location they selected was the retail space on the ground floor of the historic Los Angeles Athletic Club at the corner of 7th and Olive in the heart of Downtown LA.

Neon Butterfly, the creative agency hired to produce the pop-up hired Tre Borden /Co. to create a highly-visible and engaging art piece on the outside of the building.

I selected LA artist Phil America to lead the creative vision, we became excited to create something that would speak to all passerby and residents that pass through the intersection. In particular we wanted to make sure we didn’t ignore those who unfortunately find themselves living on the streets that surround the intersection and much of DTLA.

After several approaches we decided presenting a poem that spoke to the many facets of life in DTLA would be something poignant that could speak to the diverse cross-section of people living in downtown LA.

We selected the poem “I Am Alive in Los Angeles!” by LA poet Mike Sonksen and created a multi-media mural in the windows, awnings, spaces on the building’s facade using a variety of visual approaches. We also created two flags one of which appears on the corner and a larger one that hangs in front of the LAAC entrance next to the US flag creating a striking visual image visible from both 7th and Olive streets.

This is the first project completed in Los Angeles by Tre Borden /Co. and we are so excited to be tackling this and more in our new homebase!

This is the first public art project we've completed in LA! Stay tuned for other exciting collaborations in our new home base of LA! 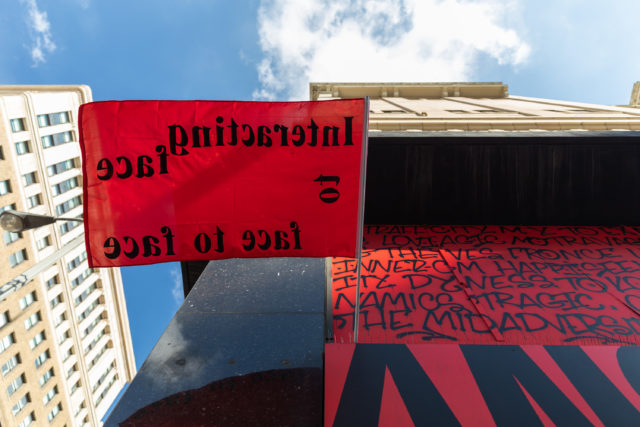 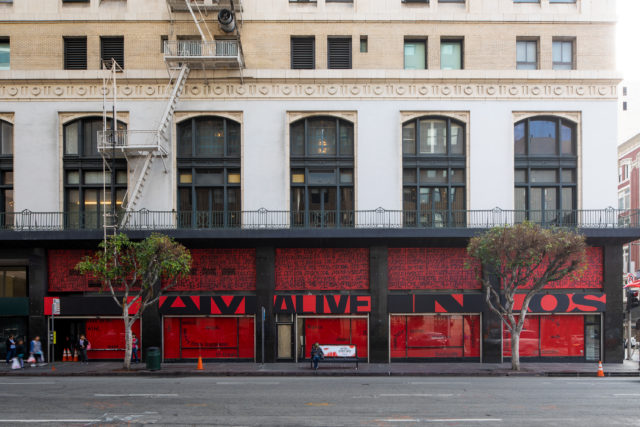 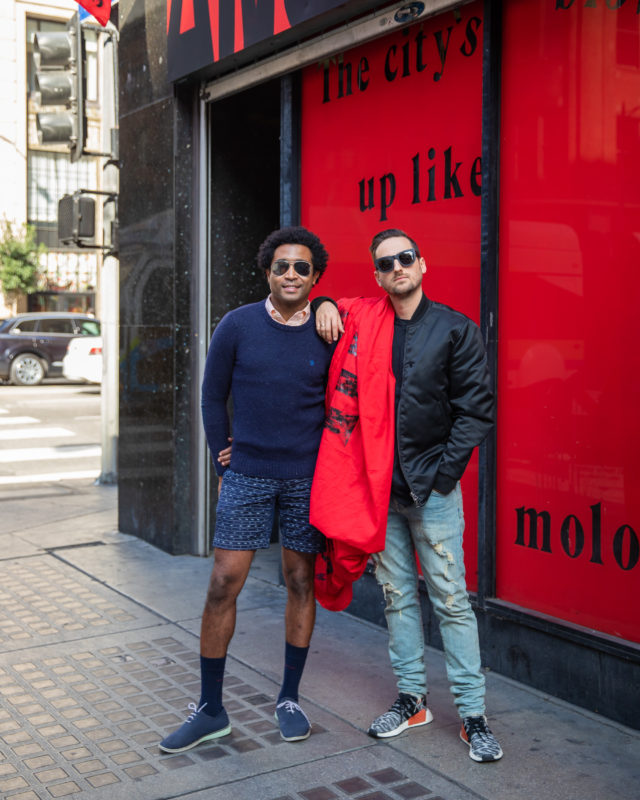 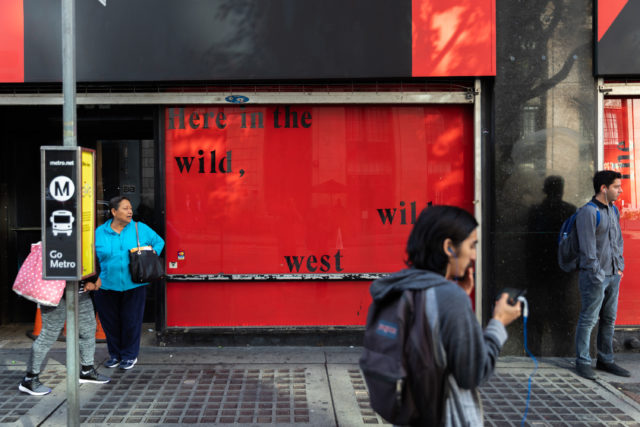 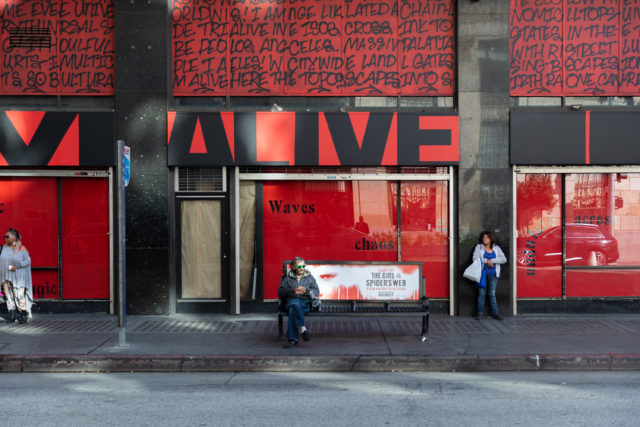 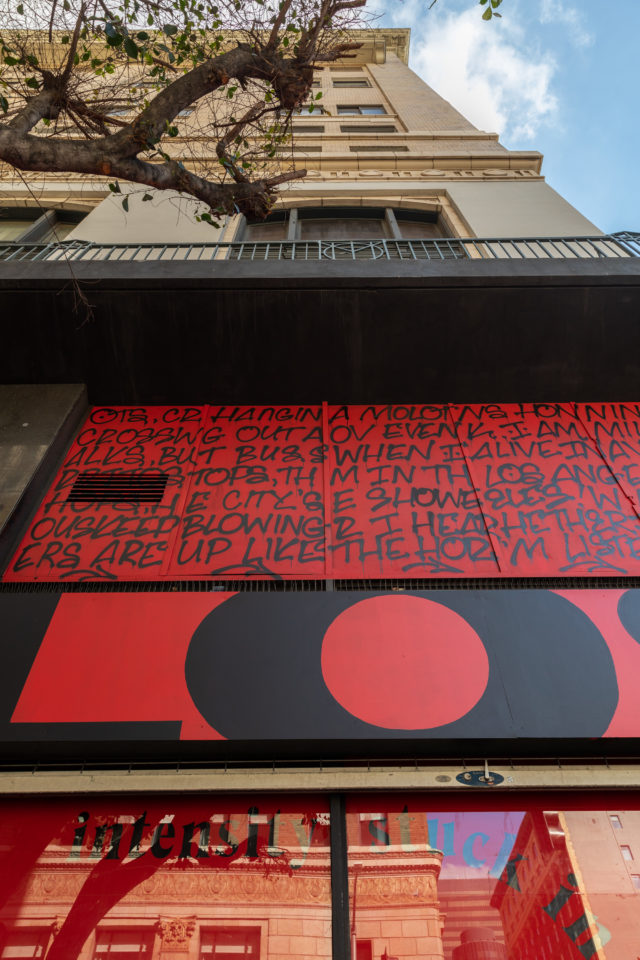 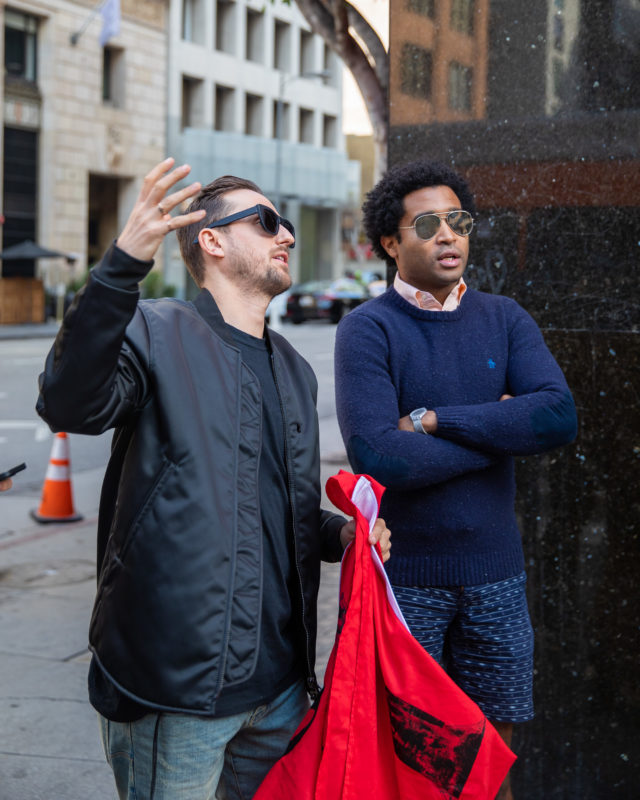 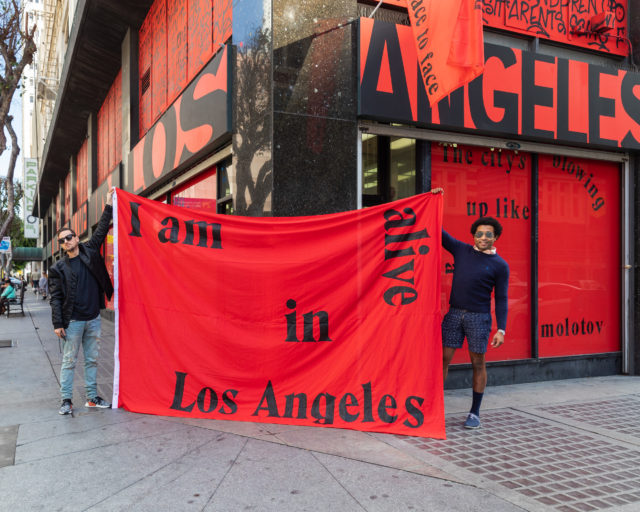