In June 2020, in the wake of the racial uprisings following the murder of George Floyd, Tre Borden /Co. produced one if its most meaningful projects to date.  The Crenshaw Dairy Mart is an art-collective and community organizing space founded by BLM co-founder and artist Patrisse Cullors along with artists noé olivas and Alexandre Dorriz. Located in the heart of Inglewood, the space sits directly in the landing path of planes coming into LAX just a few miles away.  The team had already installed a temporary mural Care Not Cages to serve as a call to action to those above as they landed in Los Angeles. 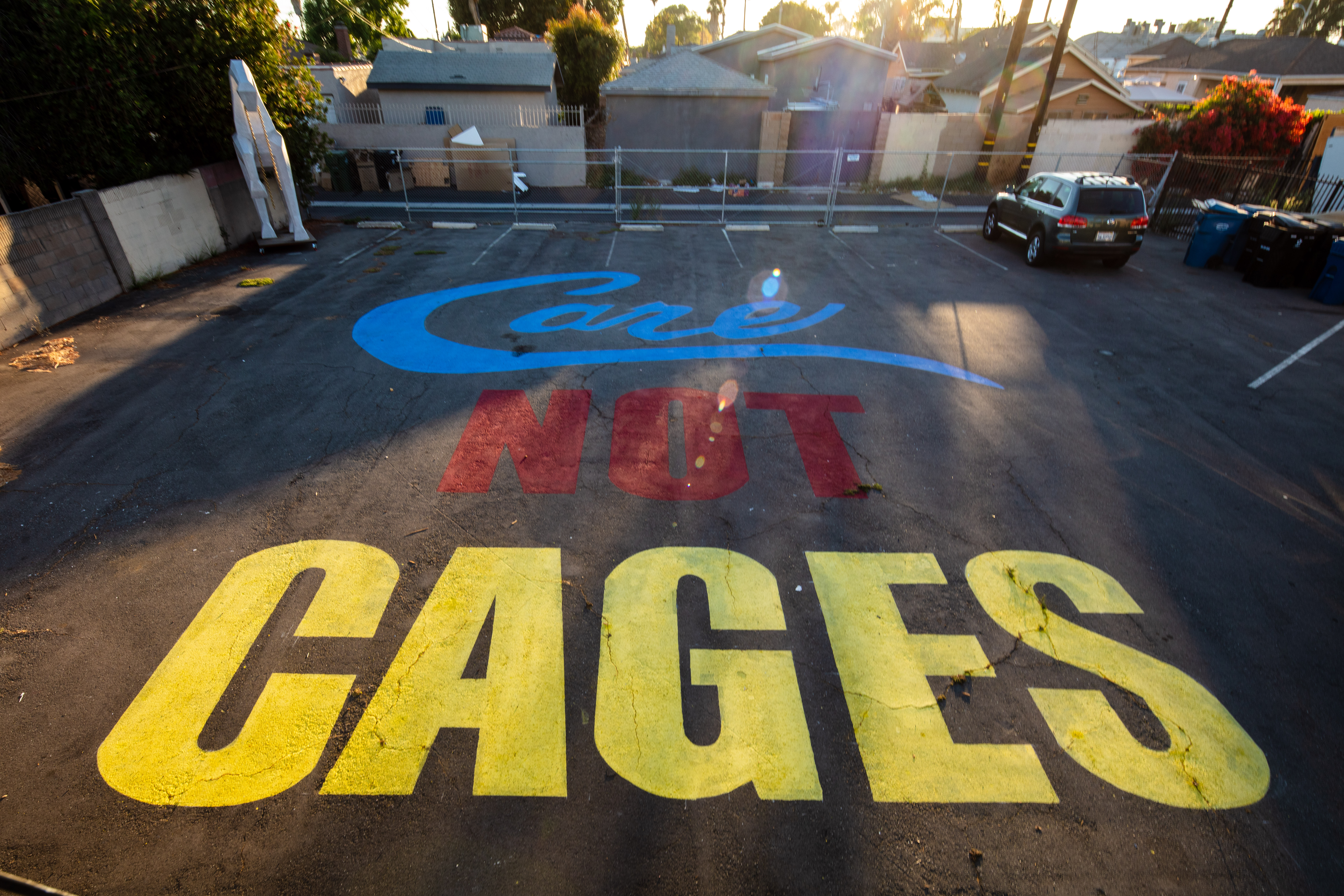 The team at CDM wanted to produce an artwork on the rooftop that would signal that LA was a place, and that the Dairy Mart specifically, was a place that honored Black lives. Where Black Lives Mattered. They wanted to signal this with a beacon on the rooftop of the building where at night people would see a mural (in Laker purple and Yellow also a nod to the recently passed Kobe Bryant), but at night it would light up so that planes coming from around the world would see the landmark.  The hope is that it would be visible not only to visitors and LA residents returning home but also to the many police surveillance aircraft that are ubiquitous in Inglewood and other heavily-BLACK and POC neighborhoods in Los Angeles.

Tre Borden /Co. came on board to produce the project, and alongside a very hard working team the project was built in time for a socially-distant lighting ceremony at the Dairy Mart on Juneteenth.  The project would not have been possible without the generosity of Azzie Youssefi who donated the funds to complete the project or the amazing team that worked night and day for weeks to complete this project. The team consisted of noé olivas (lead artist) De’Schzunell “DJ” Catlin (lead engineer/technical consultant) Phil America (creative consultant), Jake Freilich (assistant fabricator), Pablo Mendoza (assistant engineer/fabricator), Dulce Soledad Ibarra (assistant fabricator).  Documentation and Research and additional support for the project was provided by: Gio Solis (Documentarian), Jessa Ciel (film editor), Alexandre Dorriz (Lead Researcher), Patrisse Cullors (Lead Creative). 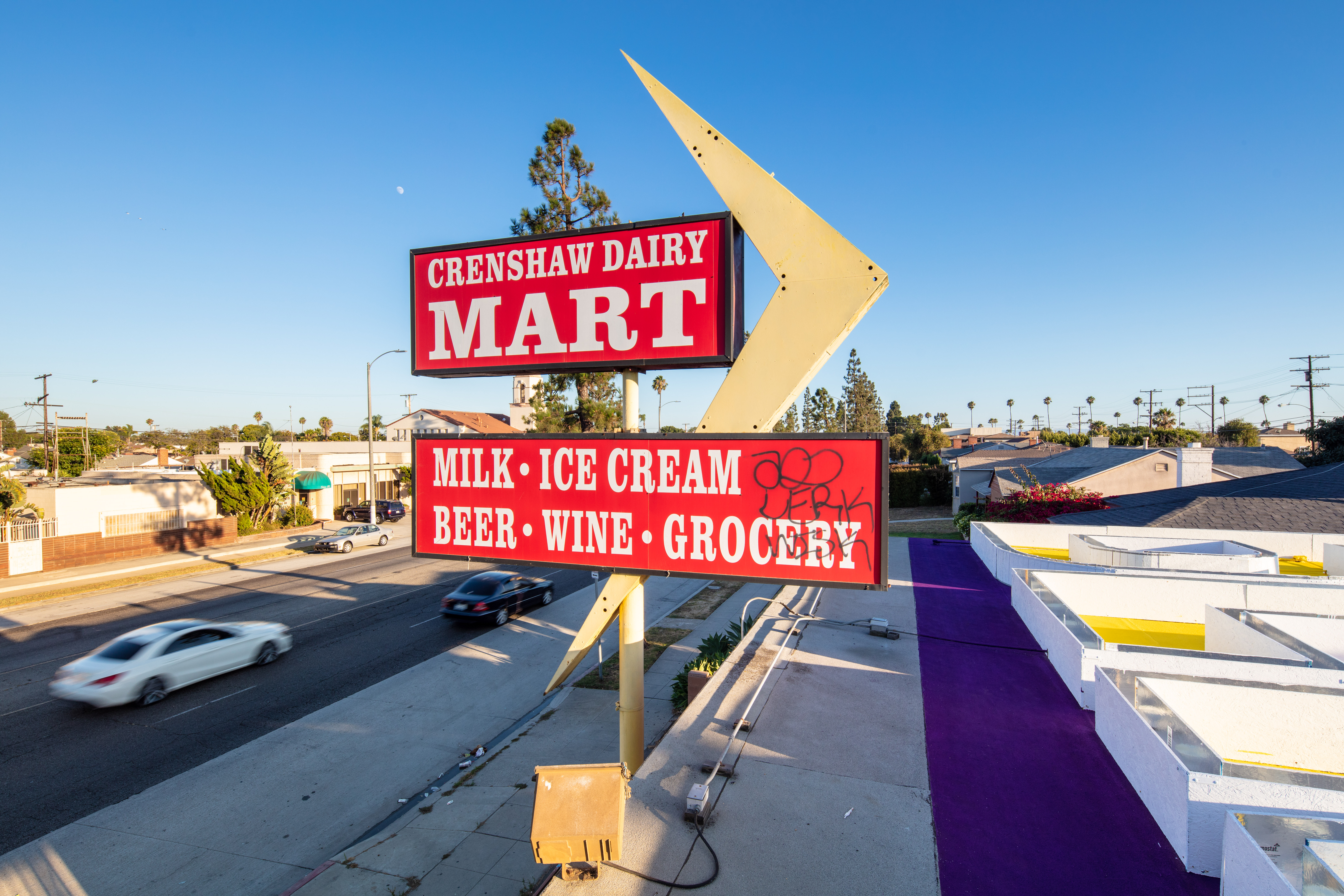 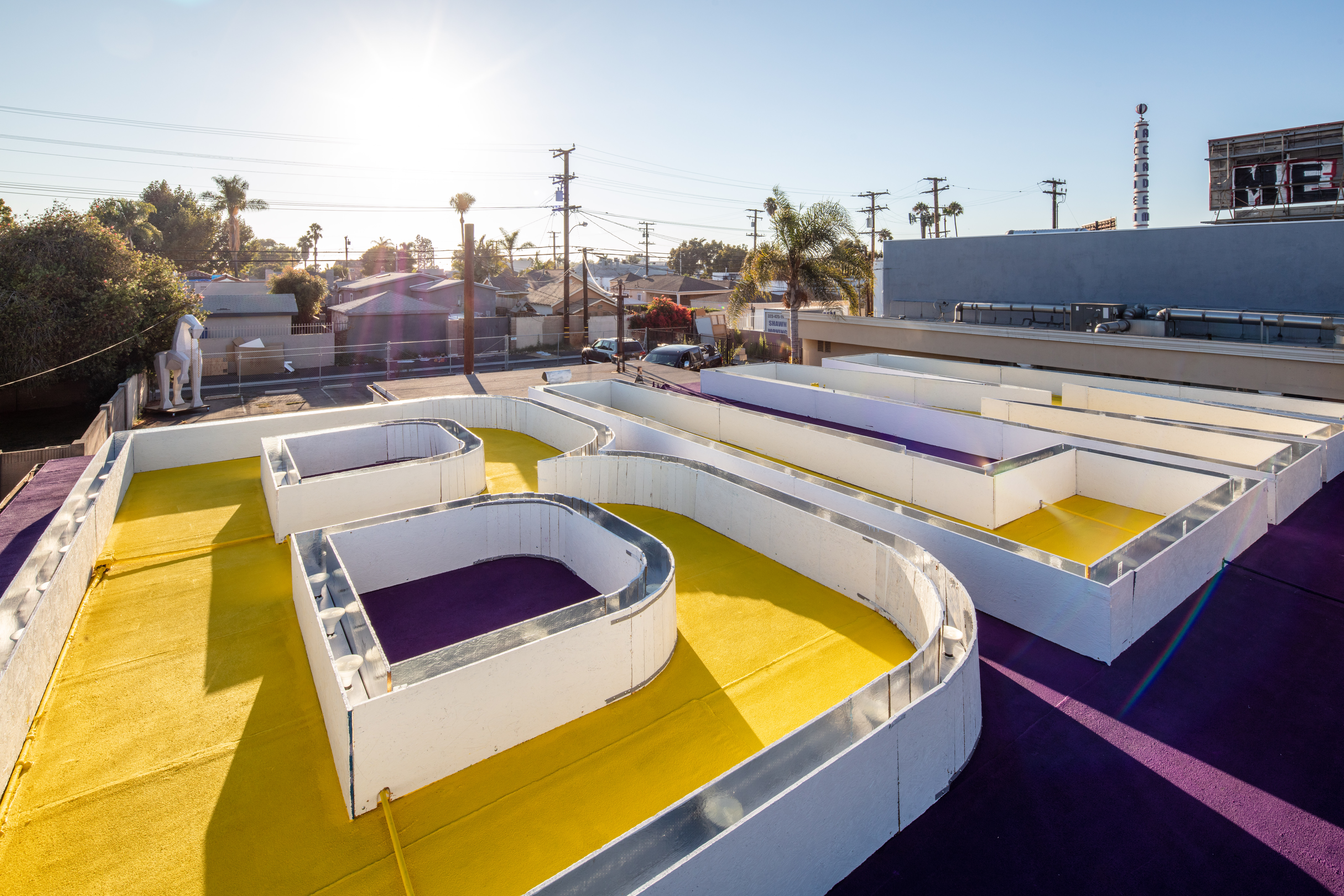 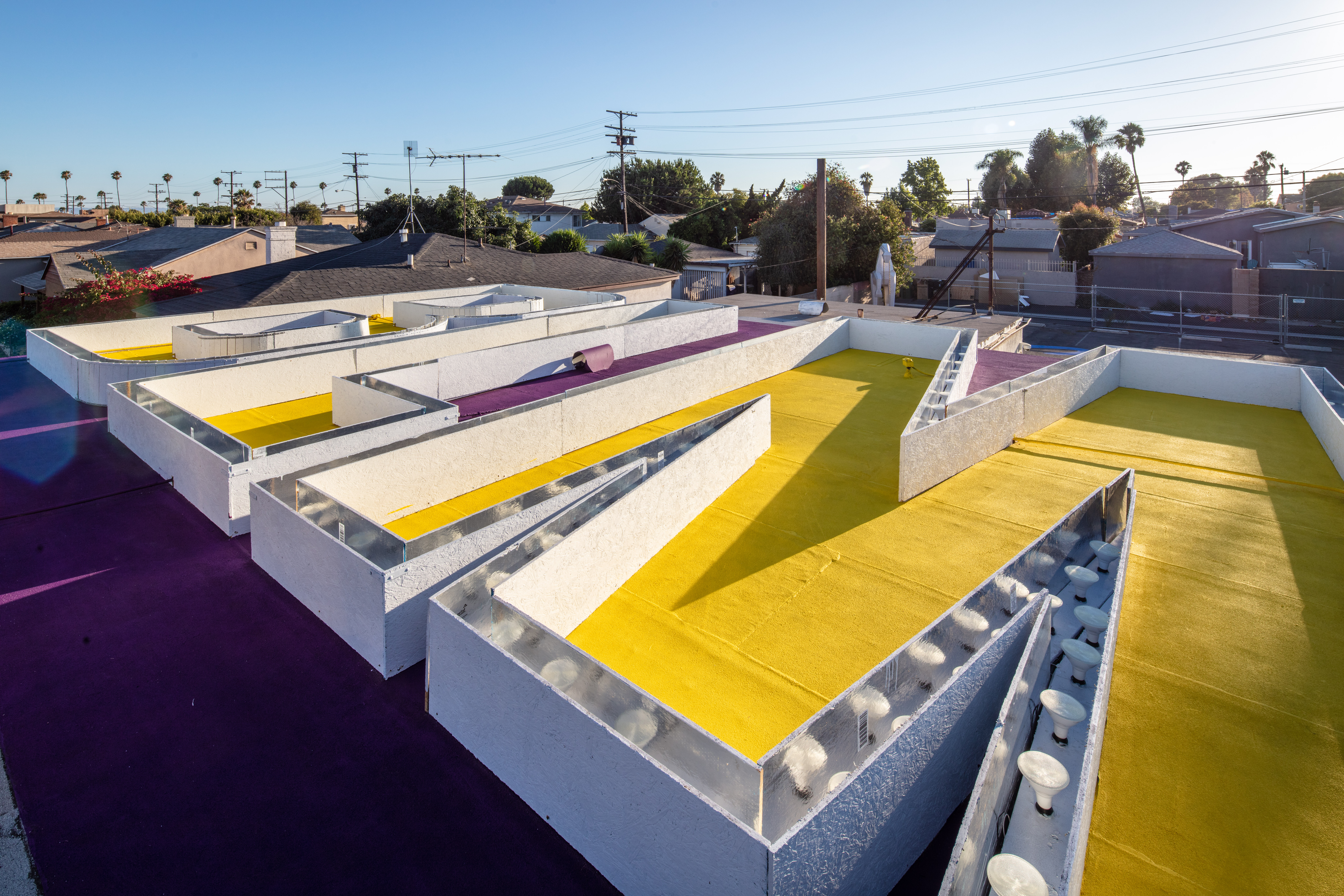 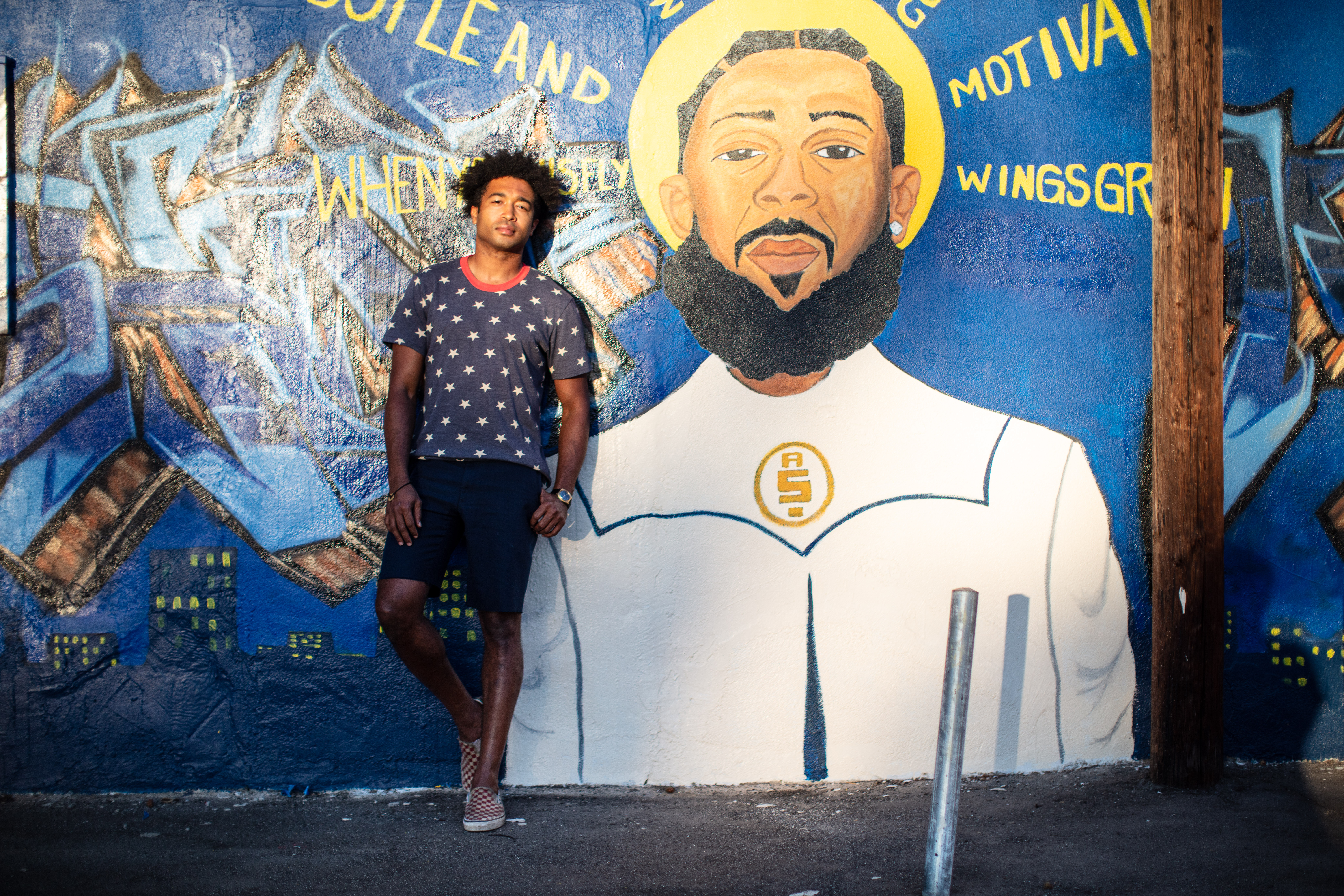 Our lead engineer De'Schzunell Catlin donated time away from his day job at NASA where he designs super-sonic aircraft!

The BLM sign lights up every evening at 8:46 which is an acknowledgment of how long Minneapolis police officer Derek Chauvin kneeled on George Floyd's neck before he died. 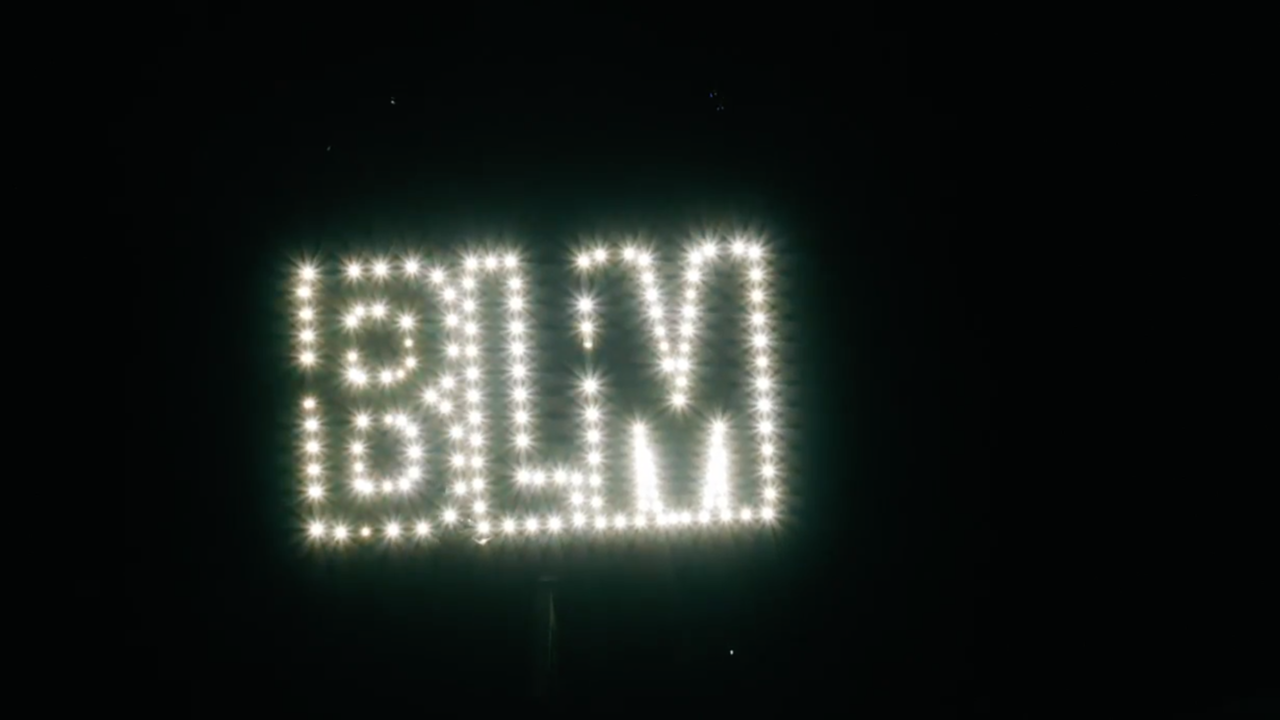 WHAT WE GON DO?